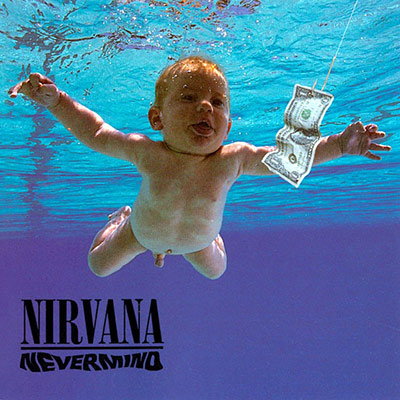 Once in a generation, a band releases an album that changes music. Twenty-two years ago today, Nirvana released my favorite album of all time: their masterpiece, “Nevermind.” Overnight, the act of listening to men in makeup and big hair became a mark of shame. The heavy guitar distortion, strained voice, and driving beats found on Nevermind are the culmination of 30+ years of punk evolution. If you can’t tell, I think it’s AWESOME.

When the album was released, I walked to a small record shop in Minneapolis to buy it on cassette. The stores near my house had all sold out and I had to wait until after school. For the next three years, it was almost always in my boombox or Walkman. New albums would be released by other bands, and they would be in the rotation for a while, but nothing ever compared to Nevermind.

In the past 22 years, I’ve bought it on cassette, CD twice, MP3, deluxe edition MP3, and a DVD of live performances. I’ve enjoyed spending every dollar I’ve spent.

When I’m having a tough day or I’m unhappy, I can start Smells Like Teen Spirit, and before the end of the opening guitar riff, I’m transported back to my childhood, sitting in the back seat of my dad’s Blazer on the way to our lake cabin, Walkman playing Nevermind a little too loud through really cheap headphones, reading Arthur C. Clarke’s Rama series, and everything else is well with the world.

I know it’s silly. But I don’t care. Life is hard. Find joy everywhere you can. It’s worth it.

If you’re young and don’t realize just how awesome Nevermind is, go listen to a playlist of the top rock tracks of 1990. You’ll be treated to the joys of Billy Idol, Bon Jovi, Poison, and Skid Row. Yep. It was that bad.

You doubt Nirvana’s influence on music? In 1993, the top rock artists include Blind Melon, Red Hot Chili Peppers, Nirvana, and The Lemonheads.

So today, to honor the greatest album of my childhood, I’ll be listening to the entire Nirvana catalog, starting with Bleach and going all the way through Unplugged in New York. You should too.

What are the albums that shaped your childhood? Tweet at me at @joshbroton or leave a list in the comments.